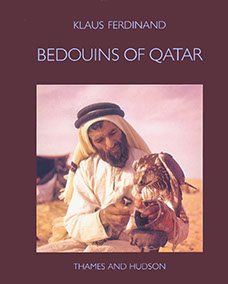 The Al Na’im and Al Murrah Bedouins are two different groups of nomadic peoples in modern Qatar, with widely disparate ways of life. The Al Na’im lived an almost stationary pastoral existence close to the seacoast of northern Qatar, occasionally engaging in pearl fishing. In complete contrast, the Al Murrah of South Qatar traversed the vast and sandy reaches of southern Arabia on camelback.

Bedouins of Qatar is a product of The Carlsberg Foundation’s Nomad Research Project, which draws on the rich Middle Eastern and Central Asian ethnographic collections of the National Museum of Denmark and Moesgaard Museum, Aarhus University, as well as on recent social and cultural anthropological studies of nomadic groups in Afghanistan, The Gulf and North Africa.

This volume incorporates fieldwork carried out amongst the Qatari Bedouins in 1959, just before their lives were radically altered by a rapid expansion of the oil industry. Its chief focus is on everyday life and adaptions to the natural and social environment as well as on these groups’ material culture, especially the structure and function of the tent. A richly illustrated catalogue of artifacts is supplemented by a unique collection of colour and black-and-white photographs which document the daily lives of both groups during winter and spring seasons.

An irreproducible record of fast disappearing customs and folk arts, Bedouins of Qatar also offers a striking example of a fragile way of life unique to the Old World – pastoral nomadism – whose traditions may soon be lost completely under the pressures of urbanization and development.

Contents: The field work and the aims of the monograph - Qatar and its inhabitants – Nature and climate – The Bedouins of Qatar 1959 – Camps, tents, and daily activities – The tent as a construction – The summer house and its construction among Al Na’im – The cultural life – Material culture and a catalogue of collected artifacts – The Shaykhs and their desert camps – Conclusion – Pictorial Appendix – Bibliography – Index.

Klaus Ferdinand (1926-2005) was Associate Professor of Anthropology at Aarhus University and Head of the Ethnographic Department at the Moesgaard Museum. He carried out fieldwork in the Arabian Gulf, in Iran, and in East and Central Afghanistan during extended periods of time.